Agartala, May 09: Tripura Chief Minister Biplab Kumar Deb's efforts to build an Agar-based economy has started bringing fruits. An investment from Laos is expected to come up in the state's Agar sector soon.

A five-member delegation from HSMM GROUP of COMPANIES, Laos has arrived in Tripura on Monday.

The expert delegation had a meeting with Tripura Chief Minister Biplab Kumar Deb at his office in Civil Secretariat, Agartala. The potentials in Tripura’s Agar sector were discussed in length during the meeting.

Deb, who shared the update in a Tweet, mentioned that the Laos delegation was interested to invest in the Agarwood sector of Tripura. He also shared that the delegation had given a detailed presentation on the project.

According to the Chief Minister, the state’s Agarwood sector has got a global recognition under the guidance of Prime Minister Narendra Modi.

A separate tweet said, “They shared insightful presentations regarding the project. We also discussed ways to expand co-operation for the development of Tripura and our people.”

According to official sources, an investment of over Rs. 100 crore is expected to come in Tripura’s Agar sector soon.

During their visit, the delegates from Laos are scheduled to visit Agar plantations in various places and hold meetings with the higher officials.

Meanwhile, during a recent meeting between the Centre and Chief Ministers of Northeastern States chaired by the Minister for DoNER G. Kisan Reddy in Guwahati, Deb placed a demand for abolition of the existing ‘quota system’ for Agar export as well as formation of a National Board on Agar.

Sources said, over 50 lakh Agar trees are available in Tripura at present and the Tripura government is eyeing to build a Rs. 2000-crore business in the Agar sector in the next few years. The state government had recently launched ‘Tripura Agar Wood Policy 2021', wherein by 2025 area under Agarwood plantation is proposed to be doubled. The policy also included setting up of testing laboratories, trade centre and introductions of technology for artificial inoculation. 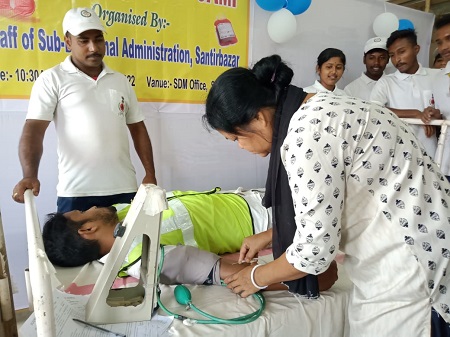